Why is CBD now in Cosmetic products?

Scientists are only beginning to discover the benefits of CBD oil. Still, emerging research shows it positively affects several skin conditions, including acne, dermatitis and psoriasis.1 CBD also has an antioxidant effect, helping to protect skin cells from the potentially damaging effects of free radicals.2

So, exactly how could CBD oil give your beauty regime a boost?

It can tackle oily skin and acne.

While genetics, hormones or your diet can cause oily skin, CBD oil can help control it. In 2014, researchers from the University of Debrecen, Hungary, discovered that CBD oil could stop sebaceous glands in the skin from producing excess sebum – the oil that causes a shiny appearance – and also prevented ‘propane agents such as inflammatory proteins from being activated.3

A later study by the same team concluded that CBD oil could be a ‘highly efficient, novel anti-acne agent’.4

It fights the appearance of wrinkles.

CBD is a powerful antioxidant, which means it can help protect the body from harmful free-radical damage. In the skin, this largely means preventing visible signs of ageing, such as wrinkles.5 CBD could also stimulate the growth of new skin cells. A study published in the Journal of Investigative Dermatology in 2011 found that manipulating the body’s endocannabinoid system (ECS) – the production of our own cannabinoids that bind to specific receptors in the body and brain – can regulate the life cycle of basal skin cells, which may lead to younger-looking skin.5 It’s thought that CBD can influence the body to use more of its own cannabinoids.6

In 2006 German scientists discovered that 14 patients with dry or itchy skin conditions – either prurigo, lichen simplex or pruritus – who were given a cream containing a substance that could stimulate the ECS reported an 86.4% reduction in itch. The skin also has its own ECS receptors, making topical application of CBD oil particularly effective.14 According to evidence presented by the American Academy of Dermatologists, further studies have found that CBD can ease symptoms of atopic dermatitis, psoriasis and eczema.

It can soothe sore muscles.

CBD could help ease aching muscles after a workout, too. It’s well known that cannabinoids have muscle-relaxant properties, while medicinal cannabis is often prescribed for adults with multiple sclerosis suffering from muscle stiffness.16 The results of a controlled trial by Bath’s Royal National Hospital for Rheumatic Diseases in 2006 revealed that CBD could tackle symptoms of the inflammatory condition rheumatoid arthritis. Patients using a cannabis-based medicine were better able to move around and experienced a greater sleep quality.

Want to start using CBD skin-care products? Take your pick from luxury brands all the way through to the high street. Remember to do a patch-test 24-hours before use, and be aware that CBD effects include interacting with some medications; talk to your GP if you’ve got any questions. 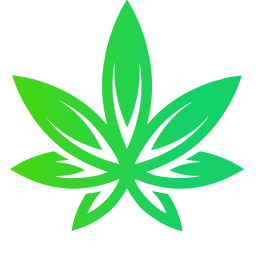